Eat before and after your traning!

What you eat before a workout can boost the effect of the exercise. What – and especially when – you should eat, depends on what you want to achieve: build muscle or burn fat?

Do you go straight from work to the gym to do a real strength session – without eating anything since lunch? Do you have dinner before you go out running? – Then you may not get the most out of your workout routine.

What and when you eat affects both the body’s muscle build-up and fat burning. How many hours before exercise should I eat?

Should you however, train with higher intensity and fitness / combustion, it is good if you eat within 2 hours prior to training. Do not forget to feel signals from your body, food in the stomach often interferes with jumps etc.

Is it dangerous to work on an empty stomach?

– No, it’s not dangerous. However, you may not have the power to perform at the level you’re used to. You also risk becoming a catabolic, that is, breaking down your muscles. Driving intense on an empty stomach may also feel uncomfortable and cause nausea.

Take a snack with carbohydrates and protein, one to two hours before the strength pass, such as fruit and keso. Carbohydrates give you energy to work hard, and protein gives a signal to the body to build muscle.

Because muscles help you to burn fat, it’s smart to eat this before your strength training,  even if your long-term goal is fat burning.

The best prerequisite for fat burning is in the morning when we wake up, and have not eaten for a while.

We can also recreate this later in the day by not eating in close proximity to the workout. Should go out running, or other exercise focused on endurance and combustion; you should not have eaten later than two hours before. 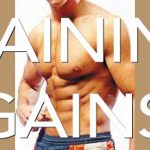 Here you can learn all about Training Gains – An Advanced Series Of Articles For Experienced Trainers!

Every time I ask the following questions I always get the same puzzled look as I’m about to get now.

An arrogant or ill informed coach will immediately jump to the conclusion that all that is required are his / her training methods, methods which are tried, tested and guaranteed to bring out the very best in anyone willing to apply themselves.

A good, well educated coach, on the other hand, will send any athlete, at the earliest possible age, to have a muscle fibre test. Muscles fibres, based on genetics, pre determine who is capable of developing the ability to run given distances and who, sadly, is not. This will save years of time, effort and performing the wrong training which has been based upon assumptions rather than fact.

Slow Oxidative Type 1 Twitch muscle fibres contract efficiently in the presence of oxygen during aerobically based activities. Oxidative fibres have a high myoglobin content, which not only helps support their oxygen dependency, but also imparts a red colour to them, just as oxygenated haemoglobin is responsible for the red colour of arterial blood.

Accordingly, these muscle fibres are referred to as red fibres. Slow Twitch muscle fibres have the ability to use fat as a fuel source, but only during aerobic conditions. Fat cannot be mobilised for energy without the presence of oxygen and carbohydrate.

Fast Glycolitic Type 2b twitch muscle fibres are used during short bursts of energy and physical activities that are predominantly anaerobic in nature, e.g. fast sprints. They contain an abundance of glycogen for energy. These glycolitic fibres contain very little myoglobin and therefore are pale in colour, so they are sometimes called white fibres. Fast twitch muscle fibres use primarily the A.T.P – pcr and Lactic Acid energy systems. Therefore, the amount of each type of muscle fibre you possess may have important implications for weight training and certain sports. Although not everyone has the potential to perform at elite level, it is still possible to maximise the capacity of each of the three energy systems by adopting specific training strategies.

During any 4 to 6 or 8 to 12 week meso cycle, regardless of whether you are training for bodybuilding, endurance, strength training, cardiovascular fitness, or fat burning, you must always use exactly the same exercises during the entire meso cycle so that you ensure maximum muscle fibre recruitment and that the body can learn the most effective way in which to perform these exercises, the most efficient way of processing nutrients and removing waste products, and also the best way of maintaining and recovering from the demands imposed.

Apart from the type and length of training, nutrition and rest days, gym or endurance, gains will be highly dependent on the percentages of the relevant muscle fibre types that the trainer possess.

After the first few weeks of training gains will be further increased as a result of the intermediate fibres adapting to the type of overload / training performed, thus becoming more efficient. As they do so they either convert to fast or slow twitch muscle fibres. This is why (allowing for all other factors that affect achieving gains, such as the type and length of training, nutrition and rest days) after the first 4 to 6 weeks, people with a large proportion of intermediate muscle fibres make surprisingly fast gains either in terms of endurance or muscular gains.

The reason for this 4 to 6 week time scale is due to the fact that the first two weeks of a new training cycle is where the muscle fibres are learning to recruit the existing muscle fibers in the best sequential order before you can get the optimum performance from those muscles. It will then take a minimum of another two weeks for the body to learn to recruit the pink intermediate muscle fibers. The new maximum output of that new exercise is therefore going to be 4 to 6 weeks.

The adaptation period will shorten for advanced trainers due their experience of training which conditions the muscles and energy pathways to recruit muscle fibres more effectively than trainers who have just started out. The exact length of the shortened time scale cannot be given as this will be totally dependent on the type of training and the genetics of the individual in question.

The average person possesses about 20% of intermediate fibres.

How does muscle fibre conversion work for multi event disciplines ?

When we talk about muscle fibre conversion from going from an anaerobic sprinting event to an aerobic endurance event, we are able to get a large amount, not all, of instantaneous muscle fibre conversion from the Intermediate fibres, but this will never be to the same optimum efficiency performance levels than if we were to just stick to exactly the same exercise or exactly the same method of training for a prolonged period of time.

Sport specific training geared towards mimicking the competition in the training will greatly improve the ability of the Intermediate muscle fibres to adapt from going from an anaerobic sprinting event to an aerobic endurance event, but again, this adaptation will never be to the same optimum efficiency performance levels than if we were to just stick to exactly the same exercise or exactly the same method of training for a prolonged period of time.

You cannot say how much muscle fibre conversion will happen from race to race as this research has never been done.

With these muscle fibre percentages there is no chance of being a champion even with the best “chemical assistance“.

What is the difference between having the following muscle fibre percentages when training to be a cross trainer or decathlete ?